From Argentina to America: Digging into Global Yield Gap

When Patricio Grassini came to the U.S. from Argentina to pursue his PhD at the University of Nebraska, the move in many ways wasn’t easy. Like other international faculty, he had to adapt to a new place, language and people. But he says he found his way with the guidance and encouragement of his new colleagues.

Grassini earned his PhD in 2010 and has since become someone who now guides and encourages others as a UNL associate professor, original DWFI research fellow and internationally known expert on agricultural yield gap.

A review of Grassini’s publications in the university’s Digital Commons reflects the trajectory of his career, as well as development of humanity’s understanding of water and food efficiency. His first listed publication in 2010 covered yield potential and resource use efficiency of maize systems in the Western U.S. corn belt. His latest publication digs deep into assessment of approaches for stratifying producer fields based on complex biophysical attributes for yield gap analysis.

Through his research, Grassini has played a role in improving agricultural productivity, water use and environmental protection from Brazil to sub-Saharan Africa to China, many times using Nebraska as a test laboratory. The capstone of his contributions is the Global Yield Gap Atlas, an online depository of agricultural data that has become a useful tool for farmers, policymakers and researchers worldwide.

Grassini is grateful to Nebraska for welcoming him and to DWFI for support. He said, “It was really the trust from DWFI that helped us kick the atlas off. Without the initial support, the atlas would not be there.” 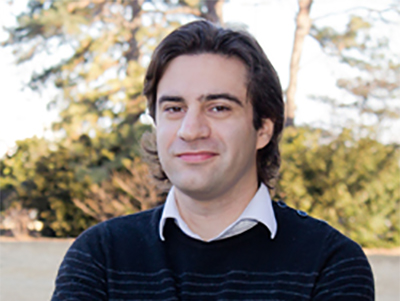