Use of thermal indices for irrigation scheduling in India

Over the past two months, I have been working in India collaborating with a small team of scientists at the Water Technology Center (WTC) at the Indian Agricultural Research Institute (IARI). We have been studying research plots to identify a critical canopy temperature threshold for wheat crop that can be used to schedule irrigation. Our goal is to develop sensor-operated precision irrigation and fertigation systems that are both energy efficient and conserve water.

Unlike a similar project I worked on in fields across Nebraska, the India project is a smallholder farming model — smaller plots are used to test field equipment designed for precision irrigation. Since India experiences drier conditions and frequent droughts, water conservation and energy-efficiency are vital and involves the potential to switch to data based irrigation and solar pumps.

For our research, a field is divided into 15 small plots (each 2 m x 2 m) which are three replications of five different irrigation treatments (ranging from 30% deficit irrigation to full irrigation).

We regularly record data for canopy temperature using three different sensors, one of which was developed at WTC. Additionally, we collect soil samples to measure soil moisture for estimating irrigation amount and schedule. At the end of the season, we expect to compute two thermal indices, DANS (degrees above non-stressed) and DACT (degrees above canopy threshold) and hopefully observe a good correlation between canopy temperature and soil moisture.

Ultimately, this data and research helps farmers simplify their irrigation scheduling by simply recording canopy temperature through low-cost hand-held infrared thermometers, instead of having to rely on soil moisture. In India, some limitations against fixed in-ground devices like soil moisture probes are data transfer, theft and vandalism. For those reasons, farmers here are more likely to use a smaller, portable, easy-to-read device. If we are successful in observing a correlation and identifying a critical point in the thermal indices, we can make irrigation scheduling much simpler and easy to implement for farmers.

Irrigation is applied manually using buckets, which is labor intensive and time consuming but the only available option for this kind of experiment currently. A field helper is being trained to continue the data collection and irrigation for this project.

The past eight weeks in India have been very interesting and each day has felt like a new project and a new experience. The team of field workers at WTC have had a very valuable contribution in the execution of this project, working hard and providing valuable insights, as some are smallholder farmers themselves farming for their own food consumption. Last but not the least, the work was carried out under some expert supervision — that close examination is important!

This project is a part of USIEF grant-21st century knowledge initiative, Indo-U.S. collaborations and I have had the privilege of working with Vijay Kumar Prajapati, Bipin Kumar, A. Sarangi and Ravinder Kaur. 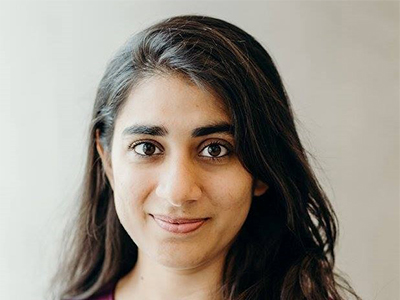 In 2016, the Robert B. Daugherty Foundation challenged the University of Nebraska (NU) Foundation to create $1.5 million in new endowed funds to support students “engaged in the mission and goals” of DWFI.

With $5 Million Gift, COPH and DWFI Launch Program on Water, Climate and Health

As DWFI’s reputation and expertise in effective water management grows, so do opportunities to make a difference in communities both local and abroad.

Peter G. McCornick, who has led the Daugherty Water for Food Global Institute as executive director since 2016, has been reappointed for a second five-year term.