Author’s note: This article is the first in a series profiling University of Nebraska-Lincoln research on emerging water treatment technologies. The researchers working on each method will present their findings at the 2019 Nebraska Water Center Conference: Building a Clean Water Future in Northeast Nebraska, October 9-10 at the Divots Conference Center in Norfolk.

A new method to treat one of Nebraska’s biggest water challenges may come from an unexpectedly small source: algae. Yes, what we often dismiss as primordial swamp goo is actually a ravenous consumer of nutrients, like nitrogen and phosphorous. And University of Nebraska-Lincoln biochemists are now poised to field test a system in rural communities that uses algae to filter high-nitrate groundwater into a potable and safe water supply for residents.

“There is a revolution in algae growth and water remediation,” says James Allen, Nebraska biochemistry researcher and project co-investigator.

Allen and colleagues, Biochemistry Department Chair Paul Black and Lab Manager Mark Behrens, are allies in that revolution. Over the course of several years, the team has developed a photobioreactor – picture identical algal-green lightsabers arranged under LED lighting – that connects to a water line and 100-liter storage tank. In flows high-nitrate water, up to 100 parts per million (the federal drinking water standard is 10 ppm) and nine days later the algae have entirely devoured the nitrate.

With proof of concept established, Allen and company are now looking to answer two major questions. First, what byproducts can this process produce? For example, algae transform the nitrate into protein which can be converted into value-added products like biochar and slow-release fertilizer. Second, how to grow the system to adequately remediate municipal-scale water supplies? To address these questions, the researchers joined forces with entrepreneur Vern Powers to form Vestal W20, a company whose motto is “committed to clean water and sustainable bioproducts.” The group has funding from both Powers and a grant from the Nebraska Department of Economic Development.

As it turns out, Powers knows a thing or two about groundwater contamination. As mayor of Hastings, he frequently tussled with the Environmental Protection Agency over contaminated drinking water. Over time, Powers grew frustrated with heavy-handed fines and championed a more collaborative approach, ultimately leading him to Black and others at the university. Ten years after first meeting Black, they are launching two pilot projects to remediate nitrate this fall in Hickman and Ceresco.

While these projects are still research-oriented, they represent a key step forward in venturing out of the lab and into the elements. The treatment systems will be housed inside greenhouses that bar some, but not all, forms of intrusion. How will they stand up to a powerful storm or pesky rodents or pellet gun-toting teens? Moreover, how will they perform cleaning up high-nitrate groundwater in a live ecosystem?

The residents of small towns who rely on groundwater are as eager to find out as the scientists. Water treatment is increasingly expensive and common methods like reverse osmosis (RO) can cost several million dollars. With a price tag just under $8,000, these Vestal W20 pilot projects hold much promise. Cutting the cost, Allen notes, is the real innovation.

In the future, the company will need to raise substantial sums of money for systems that can treat communities of ten or fifteen thousand people. For now, they’re focused on the little things – algae, pilot projects and proximity – that cultivate solutions to the big global problem of nitrate contamination.

“I want the cities to benefit as much as I do and as much as the environment does. I would like everyone to be in this together,” says Powers. 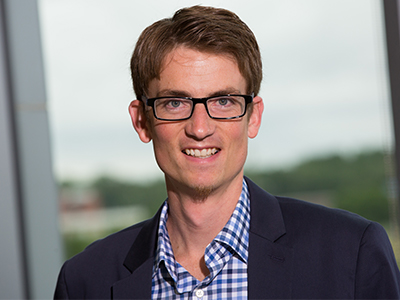 Africa’s groundwater reserves are about 100 times greater than its annual supply of renewable surface freshwater.

In science, “colors” of water are classified based on where they can be found in nature.

Scaling of smallholder irrigation in Rwanda key to food security

At just over 25,000 square kilometers (10,000 square miles), Rwanda is one of the smallest countries in the African continent. Despite its history of conflict and genocide, Rwanda is now working toward innovation, security and stabilization, led in part by its government’s strategic initiatives.