Reflections on climate change the Middle East and US Policy

My interest in the Middle East led me to an internship with the Daugherty Water for Food Global Institute, researching water and food security issues. In this role, I work to inform others about complex challenges in the Middle East, including the normalized conflict and violence in the past two decades.

From my perspective, the Trump administration is casting a shadow on government programs and policies regarding climate change research and socioeconomic empowerment for minorities. The State Department, where I proudly served as an intern in Muscat, Oman, last summer, is an example of an agency that focuses its attention on these issues where it can. On the campaign trail, President Trump publicly criticized these social programs and climate change initiatives. However, it remains unclear whether the government will take official action to dismantle them.

U.S. climate change initiatives and programs not only affect our country, but also regions that need this research to ensure a stable future for peace and growth — regions like the Middle East.

Researchers now recognize the relationship between an adequate food and water supply and conflict in the Middle East. The downfall of former Egyptian military and political leader Hosni Mubarak captured the world’s attention and began a domino effect of protests and embattled leaders across the Middle East. While the main driver of the uprisings was discontent among populations from decades of authoritarian rule, the connection between droughts in China, high wheat prices in Egypt and civil unrest revealed itself on the world stage. Drought in China triggered the Chinese to import wheat to avoid famine, causing the price of wheat to skyrocket due to limited supply. This greatly affected for importing countries like Egypt, the largest wheat importer in the world.[1]

The Egypt-China food security connection is not the only example in the context of the Arab Spring. During my first project with DWFI, our team traveled to Amman, Jordan to meet with Andrew Noble, director of the International Center for Agricultural Research in the Dry Areas. ICARDA coordinates with the Jordanian government and their now limited operations in Syria. When asked if he thought water and food scarcity contributed to the Arab Spring and the Syrian Civil war, Noble replied with a firm yes. He emphasized how ISIS controls water and food supplies in order to recruit and control populations. Noble’s role at ICARDA is to create vibrant and prosperous communities in rural areas — something today’s policies struggle to accomplish in the Middle East’s conflict-ridden environment.

As part of my internship, I am investigating water and food scarcity impacts, including climate change, in Jordan, Yemen, Oman and Saudi Arabia. While these countries come from the same region, they have widely varying levels of development and drought. The oil fortune Saudi Arabia relies on is nothing compared to the foreign aid Jordan relies on. Oman and Saudi Arabia enjoy stability and developed infrastructure, but reliance on fossil fuels to fund wars and stagnant economies will force them to make concessions on the benefits that come with Omani or Saudi citizenship. Yemen is facing a grinding civil war riddled with foreign intervention and emergency level water and food needs. Jordan is fighting to stave off poverty through policy and initiatives, but the future remains murky for rural farmers who rely on dwindling water supplies.

U.S. policy in the Middle East must include long-term initiatives to reduce poverty to stem the flow of disenfranchised youth toward continued violence and conflict.

With the help of DWFI staff, I am working on papers to examine the strategic implications of water scarcity in the region. I hope the research other young academics and I are doing will help set the foundation to rebuild the world’s original breadbasket. 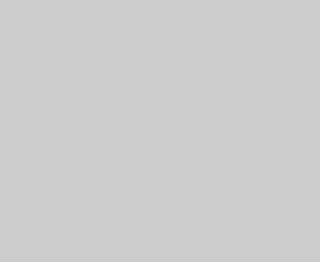