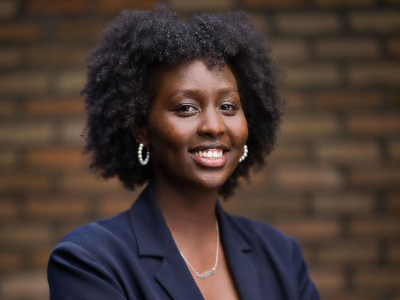 Raissa Urujeni first joined the Daugherty Water for Food Global Institute in May 2019 as an intern while attending the University of Nebraska – Lincoln (UNL) for her undergraduate studies. She pursued a degree in integrated science with a focus in irrigation, entrepreneurship and leadership at UNL. She later joined DWFI as a consultant following her senior year at UNL. Raissa has previously worked as an intern for the West Central and Extension Center in North Platte, Nebraska, where she was involved in data analysis and irrigation scheduling. In her current role with DWFI, Raissa is involved in a project that aims to understand the needs of youth and entrepreneurs in irrigated smallholder agriculture in Rwanda. Raissa’s dream is to contribute to the development of women in agriculture on the African continent through engaging women in irrigation, climate-smart agriculture and financial literacy.