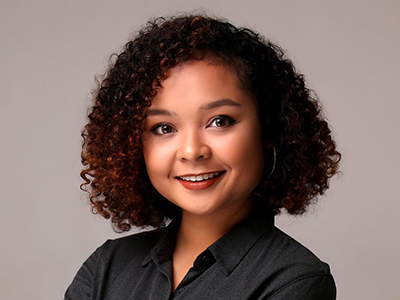 Founder of the The Cacao Project

Louise is an award-winning chef, entrepreneur, agriculture advocate, public speaker,
and competitive archer. She promotes sustainable agriculture and farm-to-table
cuisine. She was recently awarded as a Young Champion of the Earth by United
Nations Environment Programme.

From the United Kingdom, Louise migrated to a rural area in the Philippines, where
she runs her own farm and Culinary Lounge. She established her venture, The Cacao
Project, promoting sustainable agriculture, while providing farmers with a disasterresilient,
high income livelihood.

She founded The Cacao Project after her town was hit by Typhoon Nock Ten,
destroying 80 percent of agricultural land in her town. As a result of this typhoon,
farmers resorted to drastic measures to make an income, such as cutting down trees
to sell, or selling vast tracts of land for unsustainable development, creating
environmental problems. With many farmers in the Philippines living below the
poverty line, and being the most vulnerable groups to natural disasters, The Cacao
Project was created to educate them so that they can live a better quality of life. It
aims to combat deforestation by reviving barren lands through tree planting, creating
economic forests and nurseries, promoting fair trade and reforestation, while
empowering farmers with higher incomes using cacao, a high-value product, suited
to the Philippine climate and ecosystem, durable and weather resilient. The
reforestation efforts have seen the revival of two water sources in the community, due
to increased water retention in the soil. The Cacao Project promotes natural and
responsible farming practices, agroforestry, making their own fertilisers and
preserving traditional and circular farming methods. The venture has trained over 200
farmers and planted over 85,000 trees across 80 hectares of land.

For this, Louise was awarded The Outstanding Young Farmer of the Philippines 2018.
At the 2017 Winter Youth Assembly, Louise won a lifetime Fellowship from the
Resolution Project for her commitment to social responsibility. She was also
recognised as the Outstanding Youth Ambassador at the 21st Session of the United
Nations Youth Assembly.

Other than her venture, Louise won the Best Dessert Asia Award at the Disciples des
Escoffier Young Talent Trophy in Hong Kong. Louise is the youngest member of
Disciples des Escoffier Philippines and was a finalist in the TV reality cooking show,
Junior MasterChef. Louise studied Economic Development and Social
Entrepreneurship at Brown University, U.S.A., and at the Watson Institute Philippines.
She is an Ambassador of Breville Philippines.

The University of Nebraska uses cookies to give you the best online experience. By clicking “I Agree” and/or continuing to use this website without adjusting your browser settings, you accept the use of cookies.