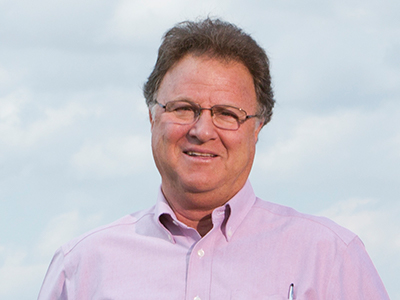 Agronomist
Kenneth Cassman’s research focuses on ensuring local and global food security while conserving natural resources and protecting environmental quality. He has worked on most of the world’s major cropping systems — from humid lowland tropics to the maize-soybean systems in the U.S.’s northern Plains. He is best known for his research on crop yield potential, nitrogen use efficiency, ecological intensification and global food security.

Cassman has chaired the Independent Science and Partnership Council of the Consultative Group on International Agricultural Research and served as head of UNL’s Department of Agronomy and Horticulture. He has also worked with the International Rice Research Institute in the Philippines, was a faculty member at the University of California, Davis, and was a research agronomist in Brazil and Egypt.

He holds a doctorate and master's degree in agronomy and soil science from the University of Hawaii. He received the 2012 President’s Award from the Crop Science Society of America and is a Fellow of the American Association for the Advancement of Science.