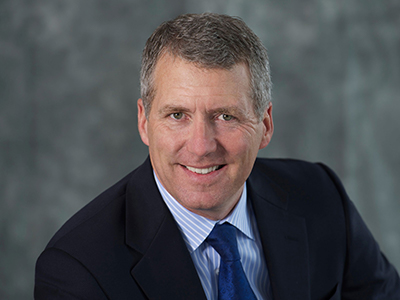 James B. Milliken, a national leader of public higher education with more than 30 years of experience, was named chancellor of The University of Texas System in September 2018. He oversees one of the largest public university systems in the United States with 14 health and academic institutions, including six medical schools. UT institutions enroll more than 235,000 students and employ more than 100,000 health care professionals, researchers, faculty and support staff.

Prior to joining the UT System, Milliken served in top leadership positions at major university systems in three states: The City University of New York (CUNY), the University of Nebraska (NU) and the University of North Carolina (UNC). In those roles, he led efforts that advanced economic development, online education, global engagement and student access and success.

As chancellor of CUNY – the nation’s leading urban public university – from 2014 to 2018, Milliken championed programs for underserved and vulnerable students. He led the development and implementation of CUNY's first university-wide strategic plan, which launched several ambitious initiatives to address student access and success that ultimately significantly increased graduation rates at the 24-campus system.

In 2004, Milliken, a fifth-generation Nebraskan, became the first alumnus to serve as president of NU. During his decade as president of the four-campus system, Milliken established a reputation as a relationship builder, leading initiatives that resulted in expanded access, enrollment growth, record increases in research, a successful capital campaign and much-needed emphasis on global engagement and workforce development.

At UNC, Milliken served as senior vice president at the 16-campus system, where he led strategy and economic development, institutional research, federal and state relations and university advancement. He was instrumental in achieving an overwhelming statewide vote to support a $3.1 billion statewide bond campaign, which at the time was the largest higher education bond package in the nation’s history.

In addition to a bachelor’s degree from the University of Nebraska, Milliken earned a law degree from New York University. He began his career at a Wall Street law firm but left to become an administrator and professor at NU. There he discovered a passion for public higher education and the opportunities it offers through affordable access and high quality.

Over the course of his career, Milliken has received numerous prestigious honors including the Distinguished Nebraskan Award presented by the state’s governor, the Lifetime Achievement Award from City & State New York and the Fulbright Award for Global Education. He holds the Lee Hage and Joseph D. Jamail Regents Chair in Higher Education Leadership at The University of Texas System.

Milliken has served on the boards of the American Council on Education and the Association of Public and Land-grant Universities and on the executive committee of the Council on Competitiveness. He is a member of the Council on Foreign Relations and the Business-Higher Education Forum, and is the founding chairman of the Daugherty Global Water for Food Institute.

Milliken and his wife, Nana G. H. Smith, a graduate of Yale University and the New York University School of Law, have three adult children.