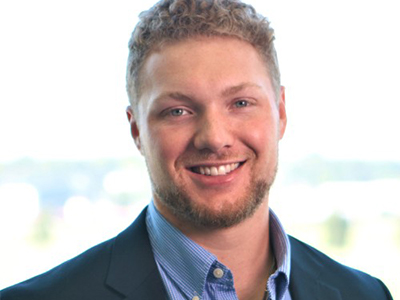 Jackson Stansell, originally from Dothan, Alabama, is a second year Master’s student in Agricultural and Biological Systems Engineering at the University of Nebraska – Lincoln. His research focuses on using multispectral imagery to inform fertigation decisions in corn production systems with the goal of improving growers’ financial outcomes and reducing environmental impacts of irrigated corn production. Jackson enjoys getting the opportunity to work closely with several commercial corn growers in Nebraska through the on-farm component of his research. In addition to his research, Jackson serves as secretary and treasurer for the Biological Systems Engineering Graduate Student Association. Before coming to Nebraska, Jackson earned his Bachelor’s degree in Engineering Sciences with a focus in Bioenvironmental Engineering at Harvard, where he also played football for the Crimson.