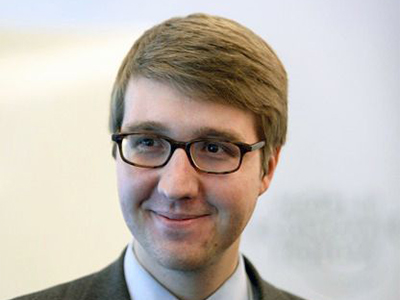 Howard W. Buffett lectures on international food security, foreign aid, and agricultural policy in the College of Agricultural Sciences and Natural Resources at the University of Nebraska-Lincoln. He also holds dual adjunct appointments at Columbia University as a research scholar and an associate professor of international and public affairs. He is the former executive director of the Howard G. Buffett Foundation, which distributes more than $150 million annually to initiatives that improve the lives of impoverished and marginalized populations across the world.

Buffett also led agriculture-based economic stabilization and redevelopment programs in Iraq and Afghanistan for the U.S. Department of Defense. For this work, he received the highest-ranking civilian honor presented by the Joint Chiefs of Staff, requiring the request and approval of the Combatant Commanders. Buffett also served as a policy advisor in the White House, where he co-authored the President’s cross-sector partnerships strategy, and launched the White House Energy Innovation Conference Series.

Buffett earned a BS from Northwestern University and an MPA in Advanced Management and Finance from Columbia University. He is a Term Member at the Council on Foreign Relations, and serves in an advisory capacity for Harvard University’s International Negotiation Program, the Chicago Council on Global Affairs, Toyota North America Inc., and others. With his father, Howard G. Buffett, he co-authored the New York Times Bestseller, “40 Chances: Finding Hope in a Hungry World.”