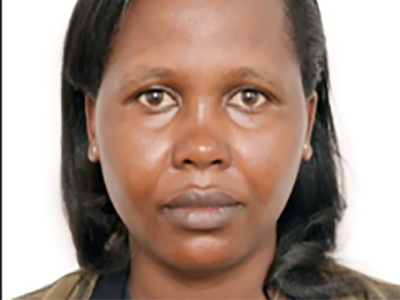 Grace Mukarusagara was born in Uganda in 1984 where her parents were refugees during the genocide against the Tutsi. In 1995, her family returned to their home country of Rwanda. Mukarusagara received her bachelor’s degree in soil and water management in 2010 from the Higher Institute of Agriculture and Animal Resources that has since merged with the University of Rwanda. Her research evaluated the performance of drip irrigation in greenhouses. As a new system introduced into the country, the Rwandan government and local universities were interested in knowing how well it would perform. In 2010, Mukarusagara joined other young professionals in an intensive internship focusing on Land Husbandry Water Harvesting and Hillside Irrigation. She was then asked to supervise a government-funded irrigation project of 600Ha that had recently started in the country. From 2011 to 2016, Mukarusagara worked as an irrigation engineer employed by the Ministry of Agriculture and Animal Resources. The irrigation scheme was of 900Ha. She was tasked with monitoring and teaching smallholder farmers about irrigation and water management. In July 2016, Mukarusagara joined the Clinton Development Initiative (CDI), as an irrigation engineer and assistant farm manager. She operated a commercial farm of 213Ha growing different commercial crops like hot peppers, kalera, French beans, and corn. The land was under center pivots, drip, and sprinkler systems of irrigation. Mukarusagara now works as an irrigation consultant in Rwanda for the Daugherty Water for Food Global Institute.