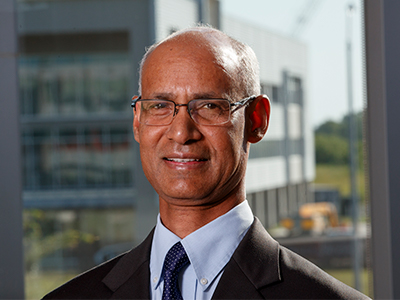 Chittaranjan Ray joined the leadership team of the Robert B. Daugherty Water for Food Institute as permanent director of the Nebraska Water Center in August 2013.
Ray was a Professor of Civil Engineering at the University of Hawaii at Manoa, where he also was interim director of the Water Resources Research Center at UH, which like the Nebraska Water Center, is part of a network of more than 54 water resources research institutes that were established by Congressional mandate in 1964. Most of these centers are located at state Land Grant Universities.
In Hawaii, Ray also was Director of the university’s Environmental Center and as Chief Environmental Engineer for the Applied Research Laboratory, a U.S. Navy sponsored facility at UH.
Before joining the UH faculty in 1997, Ray held positions in industry and at the Illinois State Water Survey. The holder of a Ph.D. in civil engineering from the University of Illinois, he has extensive experience in many facets of managing both water quantity and water quality issues.